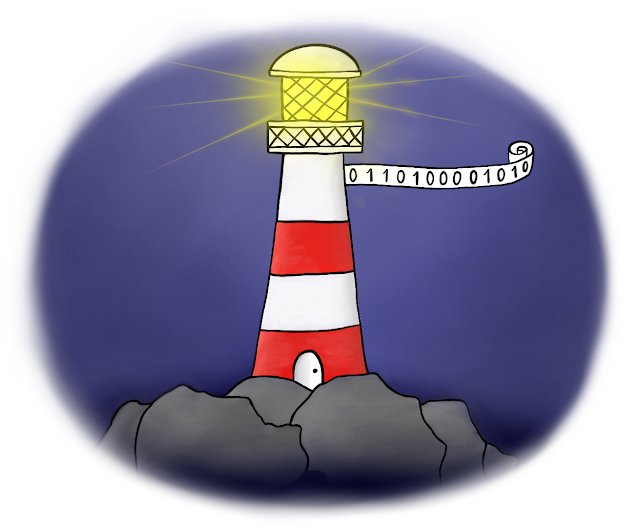 "This is not a drill! I repeat, this is not a drill!" ...... There's a strange couple of sentences. If you were an alien, plonked down on Earth with only a dictionary in hand, wouldn't those two exclamations strike you as a bit odd? Why repeat what you have just said, particularly when the content is apparently so urgent? Why use so much redundant waffle?  Well despite what we might think, an alien would probably not find the repetition of an urgent message particularly surprising. The features of information  are the same, regardless of the language you speak, whether that be English, Vogon or C++.  The reason for redundancy in language is the presence of noise . Suppose you had one bit  of information: a number which might be either valued 0 or 1. And say you wanted to transmit that bit of information to your friend, Alice. But you have to send this bit over a noisy channel. For example, maybe you're sitting in a lighthouse and you flash the light once for &qu
1 comment
Read more

String Theory and Gravity: How To Find Einstein in the Violin Section 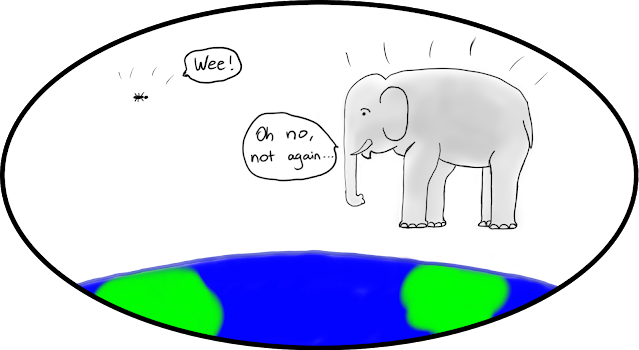 If you ask a person on the street what they know about string theory, probably the most common answer (after "absolutely nothing") will be that it's untestable, maybe even unscientific. There hasn't been a single real world prediction produced from that esoteric, hopelessly complicated theory. But on the contrary, if you were feeling cheeky you might say that string theory has made one prediction that is put to the test every single day: what goes up must come down. It predicts the existence of gravity. In fact, it might be the only theory in which the equations of gravity naturally fall into our laps. Moreover, it is one of the only candidates for a theory of quantum gravity - a theory that could explain how gravity operates on subatomic scales. For decades during the 20 th Century, some of the smartest people on the planet tried to force gravity to work at these tiny scales, but it refused to play ball. And then along came string theory, in which gravity didn'
10 comments
Read more 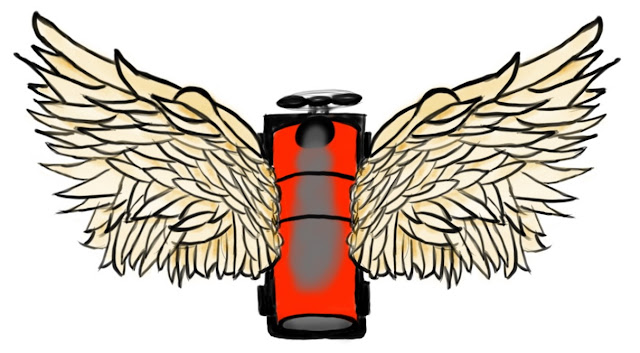 In 1828, a twelve-year-old girl decided that she wanted to fly. She was being looked after by her Governess at the time, while her mother was away receiving treatment for one of her commonly recurring illnesses. While thinking about that immense distance between her and her only remaining parent, it occurred to her. If she were able to fly, she could visit her mother wherever she was in the world in almost no time at all! There was a slight problem though: nobody had ever been able to fly before. No matter, she thought. She would simply have to invent a method of flying all on her own. Powered by a stubborn sense of determination, she set herself to the task of studying the anatomy of birds, then gathered some tools and began constructing a machine to send her into the air. This was a scientific project, and as such it would involve a great deal of experimentation. She cycled through different materials and altered the shape and size of the wings to try to imitate the successful stra
2 comments
Read more
More posts

Universal Soup
Hi, my name is Campbell. I'm a PhD student studying theoretical physics at the University of Cambridge. I'm not an expert on all topics covered in this blog but I think sometimes curiosity trumps expertise. I hope you find the content informative and maybe even a little entertaining!